MIROSLAV POPSAVOV was born in Sofia in 1950. He is a well-known expert in theology and music. In 1971 he graduated from the St. John of Rila Seminary in Sofia. During that training he developed his great musical gifts and in recognition of his merits Avram Vachev, the teacher of music, chose him as assistant-conductor of the seminary choir. He was chanter at the Sveti Alexander Nevsky Patriarchal Cathedral and other churches in Sofia and in the Rila Monastery, where he conducted the quartet, formed at the monastery. From 1980 to 1985 he conducted the mixed choir of the Church of St. Nicholas of Myra, the Russian church in Sofia.

After graduating from the Academy of Theology, he graduated also from the National Academy of Music in Sofia in the choral conducting class taught by Prof. Vassil Arnaudov. With his male, female and mixed choirs he gave concerts in Austria, France, Switzerland, Germany, Spain, the US and Canada. He is an established expert in church and opera music. He has more than 10 compact disks made by Bulgarian and foreign recording companies, distributed all over the world and broadcast by the world media.

Since July 2000 he has been chief conductor of the male choir at the Sveta Nedelya Cathedral in Sofia. He is professor of choral conducting in the National Academy of Music, where he founded an academic course on church music. On 30 October 2015 during the celebration of the patronal feast of the Sveta Nedelya Cathedral, on the occasion of the 65-th anniversary of Prof. Miroslav Popsavov and in recognition of his exceptional contribution to the sphere of church singing, Neofit, Patriarch of Bulgaria, following a decision of the Holy Synod awarded him the title of ‘Protopsaltis of the Orthodox Church of Bulgaria’. 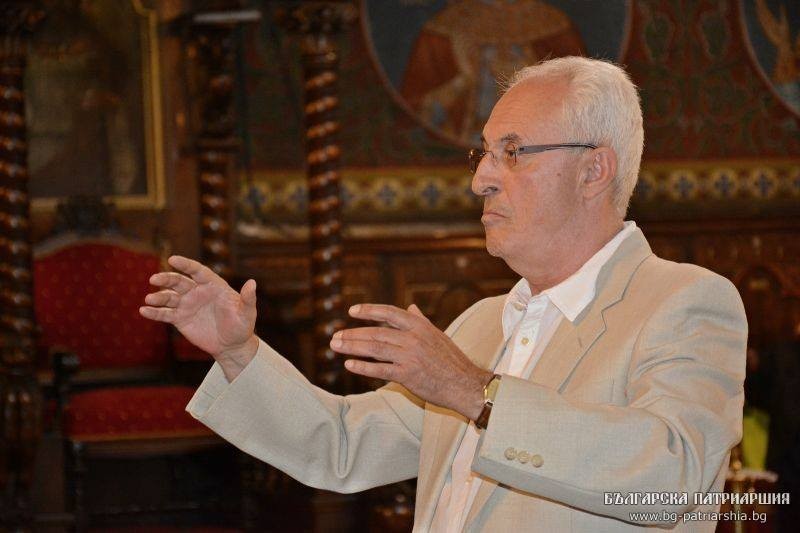 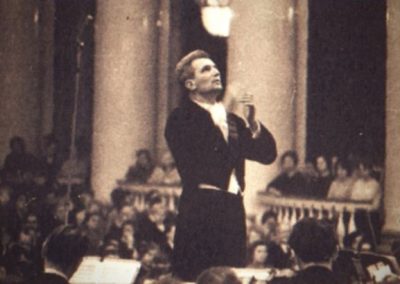 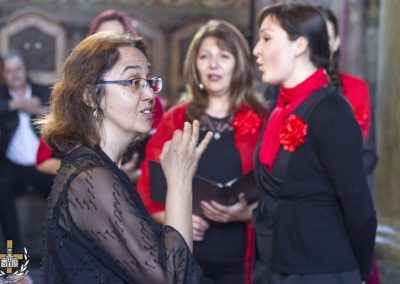 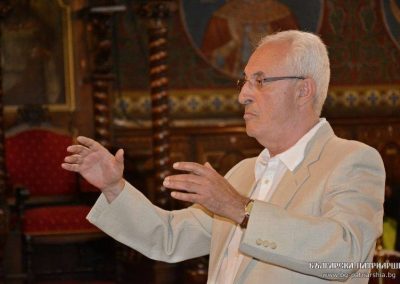